The Holy Mission of BLM

The left and its mock-grievance charade would get more traction to their “cause” if their chosen martyrs weren’t criminals resisting arrest and lunging at cops with deadly weapons.

Remember, every year there are also fools threatening police and bystanders who are shot by police and are NOT black.

Violent idiot’s lives — of any color — DON’T really matter all that much.

The people who support Trump have a notably different attitude than the ones that hate him.

(You’ll notice that no one is destroying property or burning businesses down).

“Undecided”...When freedom is in the balance

I’m shocked when some friends and acquaintances waver on who they will vote for, as if this is just a typical election with a choice of personalities and policy.  A common copout is to vote for some third party candidate that just swings their vote to either Trump or Biden in the end anyway.

On a few recent occasions I’ve been told directly or indirectly that a friend or relative has voted for Joe Biden (Kamela Harris) already. Unlike a typical leftist, I don’t argue with these people or accuse them of outright stupidity (I do think they underestimate the seriousness of their choice).

On the flip side, you can vote for Biden and be concerned about his age, numerous gaffs, and his willingness to follow the dictates of the new far left wing of his party — and your concern may be justified.

All of these typical quirks that one occasionally finds in a candidate are irrelevant in this election. The issues that will affect your life negatively have no relation to the personal traits and behaviors of these candidates.

Ask anyone among the Trump-deranged how the Trump presidency has negatively impacted their life and you will never get a conclusive answer beyond vague assumptions regarding what Trump might do at some point in the future or his role in “ending the world” because he didn’t sign an international bureau-agreement on “climate change” (wealth distribution). A sober appraisal of the facts will find that Trump has done nothing to negatively impact the lives of American citizens beyond the power centers of establishment politics.

A common line spewed from the left is some variation on ...”Trump’s authoritarian tendencies...” and “threats to the constitution.” While he clearly likes striking a tough-guy pose and prides himself on being a fighter, there is nothing he has done or threatened to do that is remotely authoritarian.  In numerous examples he has had to work within the natural political order, compromising with the likes of Nancy Pelosi and distant court jurisdictions seeking to thwart his agenda. His executive actions have been no different than Obama’s “phone and a pen” in directing executive offices.   If he was so “authoritarian” the riotous behavior of Portland communists would have been shut down long ago, as would the perpetual onslaught of dishonest media partisans.  Authoritarians don’t DEregulate and oppose those who wish to stifle free speech.

Meanwhile, those casting the “authoritarian” accusation think nothing of attacking the constitution and the elements of free society in their quest to make the state omnipotent.  A major “Alinsky rule,” accuse your opponent of what you yourself are actually doing.

A vote for Trump is against the elitist cocktail set of New York, Washington, and Los Angeles who fancy themselves the rightful rulers of society.

The government wants its country back. A vote for Biden (Harris) will insure that, and insure that common citizens are never again able to take the reins of their own life in the quest for success and happiness.  Political life will take on some semblance of a dystopian novel where something or someone akin to “Big Brother” will determine everyone’s life.  Want a mere hint of the agenda?  “Wear a mask!”...and, “keep your kids at home!”  “Report your neighbors for any disobedient behavior, and buy all means, shut up and don’t disagree!”

The left has been on a century-long project to literally take over the United States and usurp full authority over its people.   Philosopher kings on a mission to establish themselves on the throne of self-righteous supremacy.  They were just on the edge of sealing the deal when the odd flamboyant billionaire came on the scene.  There is something almost profound about Trump’s arrival in our current circumstance.  Like him or hate him, he has been the biggest obstacle to a complete establishment takeover of the republic. If you support the government intelligence apparatus, the entrenched bureaucracy, and the left’s mission to muzzle, coerce, punish, and control the disobedient, you have every reason to hate Trump.  If you cherish America’s founding principles, a prosperous and free society, and a stable and secure ability to pursue happiness, then Trump is your only option. People can whine all they want about tweets or being “orange.” In the end, our entire time of upheaval is about individual freedom vs. submission to a clique of powerful control freaks.

Many people forget that this juncture will not only decide the fate of America but humanity itself. In times past, everyone, no matter how persecuted or under threat of subjugation, knew that America would eventually bend the dial of fate to safety and freedom. It was seen as the tacky and flawed comic book character that would at least leave freedom, optimism, and fun times in its wake. If America were to become just another bureau-dictatorship under one-party leftist control, there would be literally “no place to hide” — a world with villains on the ascendant and no superheroes to repel the decay of civilization.

An insightful person can clearly see that international institutions, mass-migrations, and fanatical ideologies will soon render European civilization irrelevant to the healthy maintenance of....European civilization. America need not follow this trend. It must not.

Freedom and prosperity are in the balance and everything that sane and decent people hold dear could potentially meet their demise.

Vote, as if your life and future depended on it.

There’s no way around it, no matter how much the left minces words, they support and promote state authority over the free thought and action of fellow citizens.

Apparently, some people have been receiving letters like this recently. 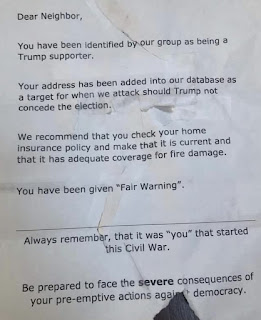 The Dream of a Girl with a Kite Beneath the Moon 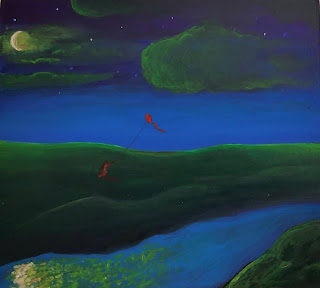 The secular “religion of peace.”

The Establishment vs. Donald Trump

[Z]erohedge.com is one of those sites that the establishment media likes to label “FAR” or “EXTREME” right wing.  Like many popular conservative/libertarian venues, it’s just conservative — period. We don’t hear “mainstream” sources referring to CNN or Yahoo News as “FAR left wing.”  Zerohedge is not “racist,” “imperialist,” or “fascist.”  It’s essays are typically very informative and written in an intelligent style that favors American government as it was established by its founders — a republic with a high degree of self government.

The above linked essay is particularly informative and provides a unique take on what the establishment really is and why Donald Trump has been such a thorn in its side.  As with so many things, it’s about the money. The treasonous swamp minions have been selling out their country and fellow citizens to ideologies and foreign interests for something far simpler than elaborate ideological visions.  They’ve done so for the most cliche' and obvious of sins, the striving for money and power, and doing so through the most dishonest and morally corrupt of strategies.

The Donald Trump so hated by America’s power-brokers is despised for no more complex reason than that he stands in their way.  He has become the ultimate redistributor of wealth, redistribution from an elite ruling class to common citizens across America.

There are certainly other blocks of people who oppose and despise Trump but they’re the mere followers, taken in by media hacks and pseudo-intellectuals in academia and entertainment.

We’re getting close to one of the most dramatic periods of American history. The Democrats DO seek to upend the election through any means necessary. They do so with the goal of returning the republic to the course established long ago and thoroughly entrenched by his highness, sir Barack Obama and his compatriots.

If the Democrats win, America will become a one-party state where the Democrats will not be a mere political party but a governing institution with the complete power of the state to coerce, punish, and literally enslave.  Not hyperbole.

This election is not about free college and health care. It’s about a most rare and precious human circumstance, the dignity of individual human freedom. 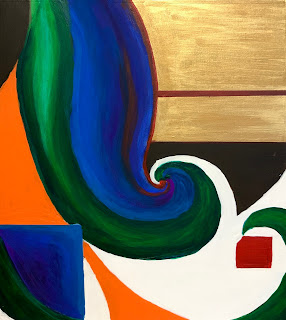 This is getting ridiculous

Getting to the Robespierre / Pol Pot phase of Democrat politics